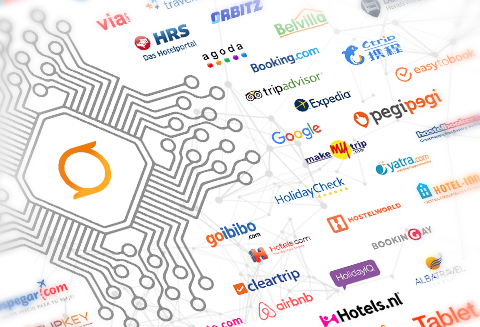 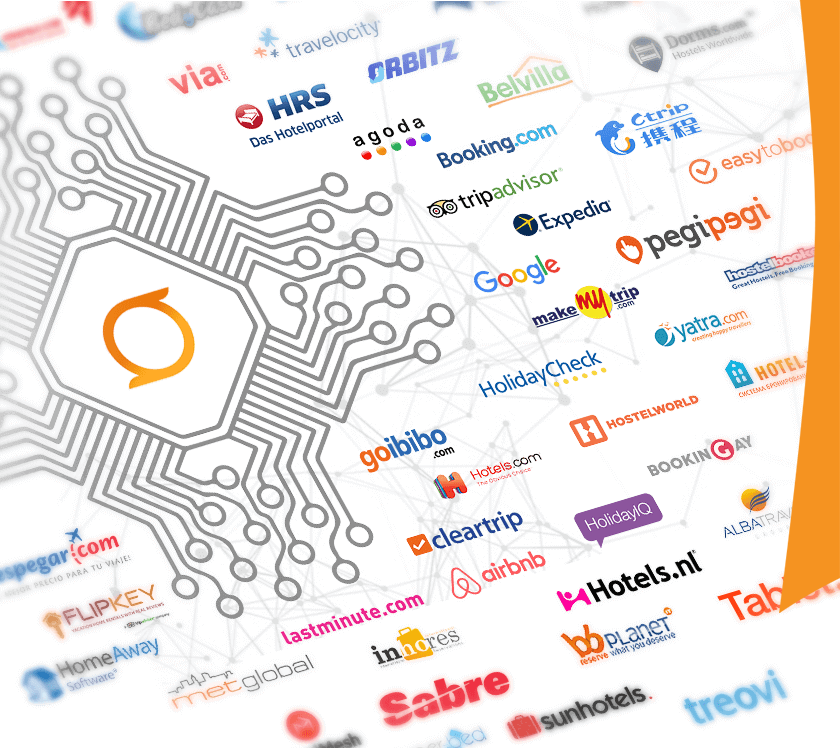 DJUBO's integrated an always-on channel manager with its centralized reservation system to make room distribution to all your OTAs completely automated, seamless and in real-time.

You never have to worry about updating your room inventory on any of your online sales channels, because DJUBO ensures that if you have an empty room, it is immediately pushed out to the OTAs.

Most hotel owners and sales managers have already been using some hotel channel manager software product for a while now. But as the travel industry transforms in front of our eyes and online revenue channels become more and more important with every passing day, hotel booking channel managers are also becoming central to the overall operations and financial health of the business.

Traditional hotel booking channel managers were simple pieces of software that simply connect all OTA extranets with one login and sync rates and inventories pushed through a channel manager to all OTAs and vice versa. However, hoteliers who have been using some channel manager for a while know that a basic hotel channel manager is like a pipe which can connect you to a revenue source but will not ensure if there is going to be an increase in the number of bookings coming your way. It almost like saying that I have a mobile phone and I have inserted a SIM card in it and now I am waiting for Steven Spielberg to call me and offer me a lead role in his next movie. How will Spielberg call you, if you haven’t made the right moves to help him spot you and your number?

There are various pitfalls that traditional standalone hotel booking channel managers don’t solve wel. Lets discuss a few of them here. In order to get into more specifics and more reasons why DJUBO is the best channel manager for hotels you can Request a demo now:

Most standalone hotel booking channel managers are not connected to any Centralized Reservation System and hence not aware of the actual availability for all future dates. This means that someone has to keep updating the hotel channel manager also manually every time a booking happens through offline channels like Travel agents or the hotel’s own sales desk. Manual management results in errors and various kinds of overselling and underselling situations that can result in depreciation of OTA ranking as well opportunity loss for the hotel.

Why is DJUBO different?
Well because DJUBO’s hotel channel manager comes bundled with DJUBO CRS (Centralised Reservation System)  as well as  DJUBOPMS (Property Management System) because of which the hotel booking channel manager doesn’t need to be managed manually but it seamlessly in sync with all future bookings of the hotel and avoids all overbooking and underselling situation as well as saves a lot of time and energy of the hotel’s sales desk. This makes DJUBO actually a true channel manager because it helps you control both online and offline bookings through a single interface.

Regular hotel booking channel managers are nothing but pipelines sending rate and inventory data between the hotel and OTAs. Most of them do not come with any inbuilt intelligence to determine what should be the rate pushed for a certain date. An archaic hotel channel manager simply give a grid to the user whereby the user can use his or hero own judgment to change rates for specific dates. Rate changes are entirely manual and based on a whim and not changes frequently. This means that if the hotel is priced too high and not selling enough rooms for a specific date, the channel management system will not change the rate till the hotel owner decides to login and change rates.

Why is DJUBO different?
DJUBO channel manager also comes with integrated products like DJUBO Foresight which helps you map and interpret your future rates and occupancies against prevalent competitor prices. It also comes with a product like DJUBO Starsight which helps you track your competitors online reviews and ratings against your own, analyze problem areas and manage reviews from a single interface. This is a wealth of information which helps DJUBO users correct issues before they harm the hotel’s financials and stay ahead of their competitors.

Every hotel is competing with other hotels not just in the real world but also in the online world. Competitor hotel’s rates and reputation as compared to yours goes a long way in determining the volume of bookings coming your way. Regular software do not get into giving their users real time rate and reputation intelligence.

Why is DJUBO different?
DJUBO also comes with integrated products like DJUBO Foresight which helps you map and interpret your future rates and occupancies against prevalent competitor prices. It also comes with a product like DJUBO Starsight which helps you track your competitors online reviews and ratings against your own, analyse problem areas and manage reviews from a single interface. This is a wealth of information which helps DJUBOusers correct issues before they harm the hotel’s financials and stay ahead of their competitors.

Traditional channel booking products do not get into solving the day-to-day issues of handling no shows, pay @ hotel bookings, payment followups, room allocation management etc because they stick do doing a basic task and expect the hotel to do the rest manually.

Why is DJUBO different? DJUBO is built for hoteliers by hoteliers. We understand that in order for a hotel to completely gear towards leveraging the online opportunity that OTAs present, it needs to move to a fully integrated hotel management solution where channel management is seamless. And in order to move to a fully integrated solution, it needs a solution which solves it operations, distribution as well as marketing needs well and minimizes its pain points. DJUBOcomes equipped where tonnes of features like eCollect, Quick Pay, Auto-eCollect, Voucher management, Automated Payment Followups, Guest Welcome messages, Review Solicitation forms etc which give a hotel a true channel booking solution which not just controls online revenues, but offers a fully integrated 360 degree revenue maximization product.

Why is DJUBO different?
Djubo comes powered with an Android app  as well as an  iOS app  which can be accessed from anywhere and can help a hotel perform all critical browser functions from his or her mobile app as well.

DJUBO Hotel Tech Suite is a unique all-in-one software built keeping in mind the needs of small hotels. The fact that it is entirely cloud based and also comes with a mobile app, means that small hotels can easily plug and play DJUBO with zero capital expenditure. Also the fact that DJUBO comes with unique official integrations with small hotel specific revenue channels like AIRBNB means that DJUBO is right there among the best channel manager for small hotels. In order to further stake a claim to being the best channel manager for this category of hotels, DJUBO has also gone an extra step to ensure that it is low cost, has an easy – to –understand and intuitive interface making day-to-day operations easy.

Most small hotels are looking for a 2-in-1 functionality when they are looking for a room distribution product. They are looking for the something which helps them convert bookings directly on their website as well as manage rates and inventory on the OTAs. Most small hotels end up calling this 2-in-1 functionality – a Booking Engine Channel Manager. These hotel channel manager products, like DJUBO, integrate all revenue channels into a single interface and ensure seamless rate and inventory updation all around. Thereby cutting down the workload of small hotel owners and also increasing their reach and visibility. If the channel manager booking system that a small hotel is evaluating is not solving for direct bookings and OTA bookings in the same interface then it is probably not the channel manager for small hotels that you should be choosin

What are some other reasons why DJUBO is the best channel manager for small hotels? Well, here are some more reasons for you to ask for a demo today.

Learn how to Manage a Hotel in Simple Steps

What is the best channel manager for your hotel?

Before we go onto what goes into selecting the best channel manager for your hotel, lets try >>>

"We have been using DJUBO Channel manager for a year now. Their response rate is the fastest compared to other channel managers. It has streamlined our processes and maximizes our revenue by making our room inventory online through channel manager seamlessly. With great DJUBO support, we have been working effectively to get a quick resolution. There have been constant updates to the Djubo platform and every incremental update adds a lot of value to the existing product. Gone are the days when we had to manage our rates and inventory manually on all the OTAs that we are listed. Big Thumps Up!"

Get a Live Demo