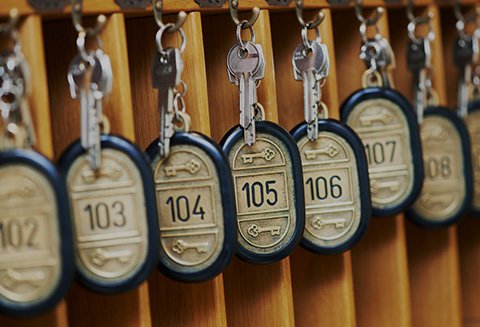 Ready to give some time for yourself and your loved ones?

DJUBO is an always-on online auto-sync channel manager integrated seamlessly with a cloud-based Centar Reservation System For Hotel and direct hotel booking management engine. Developed on some of the best web-based technologies, it employees a completely new approach to maximizing revenues.

DJUBO’s online Booking Engine For Hotel is a great way to reduce commission payouts to OTAs and boost your hotel’s direct revenue. But OTAs still being an important part of hoteldistribution, cannot be ignored. Which is where DJUBO’s channel manager is able to give your hotel the edge to maximize hotel room sales and generate more revenue.

DJUBO exposes every single room in your inventory out to all online travel agents for all future dates, relieving you of the time and effort that would have gone into manually updating your inventory.

How does that maximize revenues? Allow us to explain.

Let us first have a look at the changing trends in the travel and hospitality sector. The consumers in the hospitality sector are increasingly being influenced by the internet in their selection of travel destination and accommodations. Of even greater significance is the rising consumer dependency on the internet for almost all travel related bookings. From travel tickets to the hotel bookings are made online these days. In India alone, 97% of travelers prefer booking online rather than through traditional sources or offline agents.

Currently, 30% of hotel room sales revenue is being generated through direct bookings and 40% through online portals. This diffuses any further debate on the need for hotels to be present on online portals and have an extensive presence online.

Having established the relevance of online portals, it also becomes important for you to have your inventory pushed out to these channels. But what good would it be if you are always caught up in the hassle of manually managing channels and thereby exposing no more than 3-5 rooms on an online travel agent at a time.

If you are pushing out 6 rooms out of 30 on 10 channels, then it is not equivalent of exposing 60 rooms since a prospective guest is going to be looking at only one portal at a time. In reality you are only pushing out 6 rooms out of the 30 when you actually should be pushing out the entire 30 rooms. Well, even you must be aware of this reality, but chances are you must be simply ignoring it because the entire process of hotel channel management seems to require more effort and resources than the perceived benefits. DJUBO’s standalone channel manager allows hotels to push out the maximum inventory out to the OTA extranets therefore giving you maximum visibility online minus all the trouble of manually managing room inventory.

Another spillover benefit of exposing more inventory to the OTAs is derived from the billboard effect. Research has shown that good OTA ranking and presence leads to an increase of over 26% revenue from direct bookings apart from bookings received through the OTAs. Using DJUBO allows you to overcome the inability to push out inventory to online channels and deliver a boost in revenue both direct and through online channels.

If you had been wondering where is all the revenue you had envisaged while setting up your beautiful property, here is your answer.