There are some new feature in POS which can help you in invoice and order management:-

1. Pay Later and Bill to Company in POS

Once the user clicks on the settle button, two more options named as “Pay Later” and “Bill to Company” would be visible to settle the order later.

Once User clicks on either Pay Later or Billing to Company, the order state would get changed as “Pending for settlement” and the user can settle the order later.

Also, the same would be tracked into the activity logs. If a user tries to settle order either by pay later or bill to company option without guest/company details. 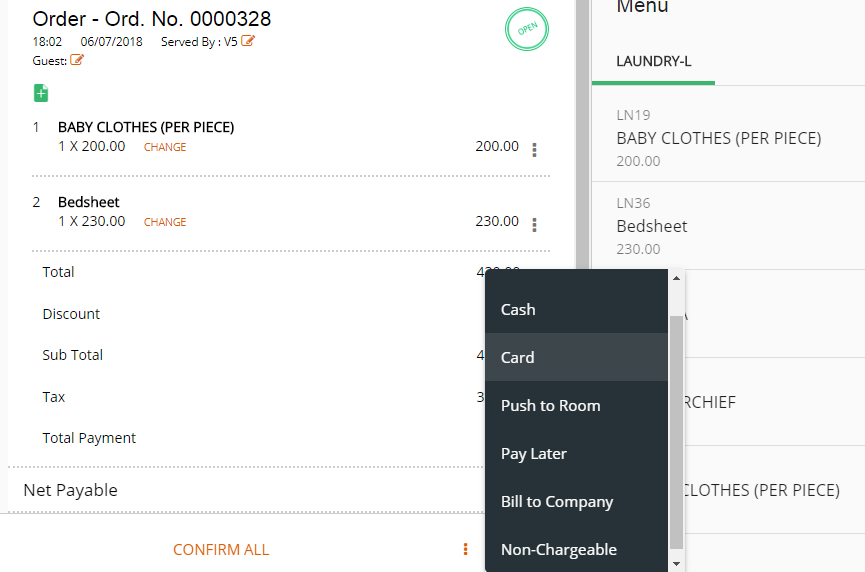 Note: Company details under guest details are mandatory in case of bill to company option.

If user either delete any ordered item or decrease the quantity to 0,same would be tracked into the activity logs now with deleted status.

Now user would be able to give the outlet item price itself by price override irrespective to the define price under MTP.
If user creates any order and adds any outlet item, an edit button(pencil icon) would be visible just next to item quantity with every added item.

Also, the price that is given by price override option at the time of order creation would be visible in excel download as well.

Now user can create the orders for future dates as well.
A calendar icon would be visible just below the add/edit guest option by which user can change the order delivery date.

This will be seen only once user will click on Proceed to Billing Option.

User need to select all those order items for which he/she wants to generate a new bill.

A new order with the selected order items will be created.

Once any payment(including cash/card) has been added in orders, user would not be perform split bill for that order.

Below message will be visible:

Now user can switch orders form one table into another table and also from any delivery mode to table order as well.

The same will be tracked into the activity logs. 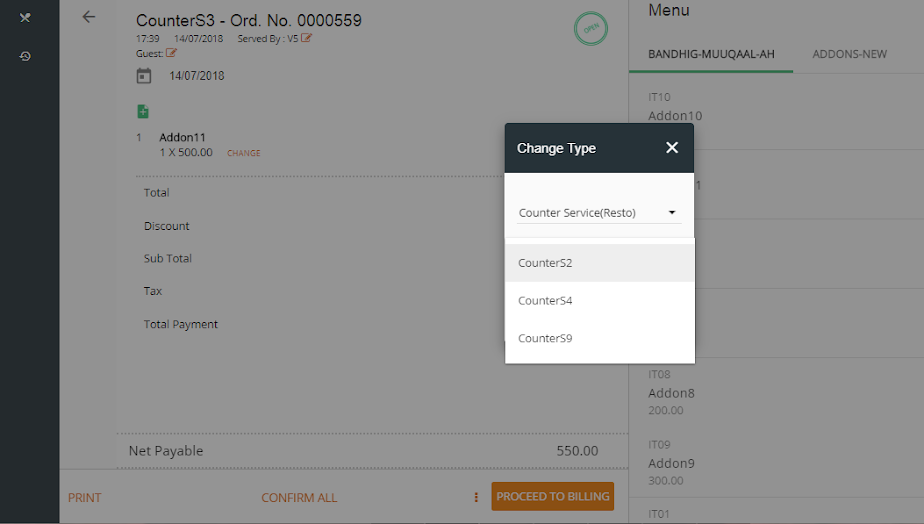 If user clicks on the “Guest” icon, then a pop-up opens in which all fields will be disabled except the “Add Guest” field.  The system will auto-populate the details of Guest and then after selecting the guest, Guest details will be shown and user can also edit it.

Items of a category can be searched in other categories.

For ex. As “Dosa” is in “South-India” category but user can search it in other category and it will be listed.

KOT Print will show Outlet name, Order No., Table No. (if order is in retaurant)/Room number (if its order in room)., Steward/User, Token No. 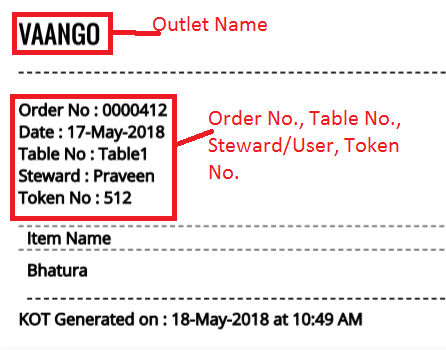