What we can learn from the rise, fall and silence of the hotel aggregators ? The online Indian travel industry is currently around 10-12%. Though the bigger penetration is in segments like flights and trains, hotels see online transactions of 7-8%. In 2017, the Indian travel booking market is expected to grow up to 46% and by the year 2020, over half the Indian market will be booking their holidays online. A Google report states that budget accommodation has emerged as the most popular option for travellers in India with 49% users choosing them. Investors are showing a keen interest in this trend and are optimistic about the budget hotel segment in India, especially when everyone knows how Indians love the ‘value for money’ concept.

The Rise and the Shine

We have seen a bevy of online budget mushrooming in the recent few years all thanks to generous funding’s by domestic and international investors.

OYO Rooms was the pioneer in the budget hotel aggregation segment. It raised $25 million in April 2015. It was soon followed by approx. $100 million Series B round in the same year. In 2016, OYO Rooms acquired rival ZoRooms as a means to cast off competition. Treebo Hotels raised Rs. 112 crore from Bertelsmann India Investments and exiting investors. While Gurgaon’s FabHotels that is looking to build a branded budget hotel chain, has raised $10.5 million in funding from Accel Partners, Qualcomm Ventures, etc.

In this golden period for hotel aggregators, they tied up with many hotels and got a huge user base.

The market opportunity in the budget hotel segment in India is huge. But, it is hugely driven by the best deals. OBAs (Online Budget Aggregators) have a gathered a large user base by heavily discounting hotel rooms and paying from their own pockets. However, hotel aggregators didn’t stop here, they went two steps ahead.

They gathered a large hotel base by pre-purchasing inventory regardless of whether it sold or not. They even spent heavily on promotions to create a larger than life image. Burning investor fund simply to acquire market share in a price-sensitive market was not a sustainable model. As soon as the discounting stopped, the user base reduced. Also when the large OTAs stopped listings of these aggregators on their portals, the aggregator’s own app and marketing channels alone were not able to fill up the rooms that they had prepurchased even at the kinds of discounts they were giving. Once the discounting stopped this sales channel practically dried up.

So this short term discounting strategy to acquire customers gave them valuations, but not profits. Also, it lowered the consumer’s perception about budget offerings to an unrealistic level with regards to pricing.

On the other hand, it also lowered the marketability of budget properties by misleading the customers and not being able to fulfill on their promise of quality. It neither helped the hoteliers find a long-term partner, nor did it leave a positive effect on the accommodation ecosystem. No wonder, relationships are turning sour and hotels are snapping ties with aggregators now.

There is no more hoopla around the brands as it was once there. Very few budget hotel aggregators have managed to raise funding this year.

Hotel aggregators are running around trying alternative avenues of revenue generation. For instance, OYO launched OYO Flagship in early 2016 which takes over empty properties and converts them to boutique hotels and serviced apartments. FabHotels works on a 100% exclusive franchise model with long term contracts, along the lines of Ibis, China’s Home Inns and China lodging. And, Wudstay, that started out as a rival to OYO Rooms, has quit the budget hotel aggregation space due to fund crunch, and now operates the PG and hostel segment.

From a macro point of view, this multi-hundred million dollar experiment in hotel landscape shows that building a omni-channel in hotel bookings is not going to be easy now and is probably pointless to attempt one now in India. OYO cannot fill all their hotel rooms through the OYO app alone. The travel landscape is unlike nascent industries of restaurants and buses, with players like Zomato and Red Bus, where there can be a single online window becoming the default provider of online business for these establishments. This is because travel is far more complicated and mature as compared to these industries. Travel and hotel bookings have different segments dominated by different leaders. For example OTAs are still struggling to break into the ‘large credit – large discount – large lead time’ corporate booking segment. Offline travel agents still control about 70% of the hotel market in India, while the largest OTA still accounts for less than 5-6% of the overall hotel booking market in India. Tripadvisor and Google are still amongst the largest marketing platforms for hotels and OTAs themselves and they also have their eyes on the commission model.

This means that a hotel needs to have a strategy for catering to each of these segments instead of signing away their future to a single player promising high occupancy and minimum guarantee which can fold up and back track within a few days. This way hotels reduce their own independent OTA listing strength and start from scratch once these budget aggregators back out.

The most prudent thing for the hotels to do is not put all their eggs in one basket and shift slowly over and evaluate how it will impact their bottomlines. The key is to keep the basics strong. A strong distribution base, well-managed sales & operations, and strong understanding of market dynamics and of your own business needs via analytics and business intelligence are the critical elements to the foundation of a profitable business.

And, this is where Djubo comes in. Djubo helps with building a strong foundation for your business. We try to make existing hotel owners enabled and powered with tools so that they best utilise available sales channels to generate a constant source of revenue without having to give away their brand or hotel to an aggregator.

With the Indian tourism industry projected to touch $157 billion by 2024, hotel aggregators can still snatch a giant pie if they agree to clean their act. They should realize that it will never be as easy as filling rooms because reviews and feedbacks drive long term revenues and to achieve that a long process of systemic changes in the technology and hotel management processes is required.

Get in Touch with DJUBO

Previous MakeMyTrip & Goibibo Merger: How does it affect the hotel industry in India?
Next How Can You Use Your Hotel’s Reviews to Improve Your Revenues? 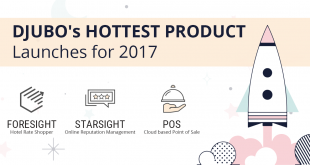